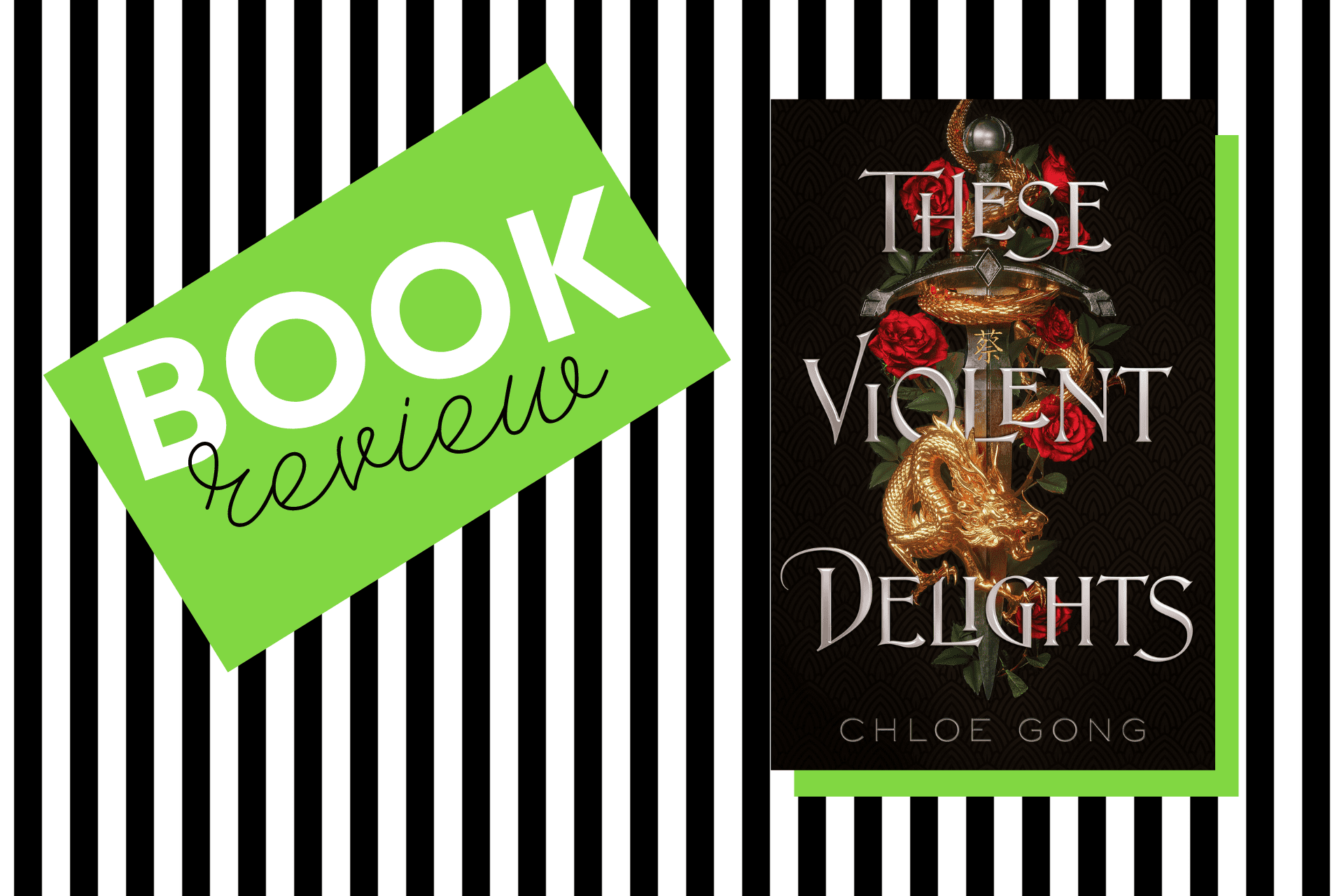 These Violent Delights by Chloe Gong is a retelling of Shakespeare’s Romeo and Juliet, set in 1920s Shanghai.

First of all, thank you to Chloe Gong and to the publisher Hodder & Stoughton for giving me an Advanced Review Copy of These Violent Delights in return for an honest review.

First of all: it has taken me SO LONG to get to this book, for which I can only apologise. Since I was given a copy of this book in August 2020, Chloe has released a sequel (Our Violent Ends) and has just announced a spinoff. So I am definitely way behind on this one. (I’m aiming to fix this over the next month or so – my NetGalley has been SERIOUSLY neglected.)

These Violent Delights is a retelling of Romeo and Juliet, set in 1920s Shanghai. Juliet is now Juliette Cai, an 18yr old who has recently returned from America and is heir to the Scarlet Gang. Roma Montagov was her first love (and first heartbreak), heir to the White Flowers gang. Both gangs are above the law, using bribery and violence to control their sections of the city. But Shanghai is changing, with the British, French and Americans beginning to take control of the city, with areas off-limits to Chinese nationals. A mysterious illness has begun to take over the city, and both Roma and Juliet are forced to investigate as their gang members begin to succumb.

These Violent Delights is available from Amazon on Kindle, paperback and audiobook — or you can purchase from Waterstones, Bookshop.org or your favourite local bookstore.

I was really excited to read These Violent Delights, after hearing lots about it around the internet and on Twitter. I loved the whole concept, particularly the setting, and I usually enjoy a retelling! I really wanted to like this book, but unfortunately, for me it was just an average read.

This isn’t an obvious retelling. You could certainly read and enjoy this without having seen (or read) the Shakespeare play. There are some obvious elements, like rival gangs, and some Shakespeare quotes scattered around, but otherwise it’s definitely its own story. It’s very original, and the main plot isn’t what I had expected. But despite being a Romeo and Juliet retelling, it’s not a romance. It’s primarily a mystery, with Roma and Juliet investigating the sudden pandemic. They end up working together, chasing a mysterious monster that has been seen around the city. Their love story isn’t the focus of the story (which I am fine with! I don’t really read romance).

There are a lot of political undercurrents here that I enjoyed, and after reading this I looked further into the history of Shanghai because it intrigued me so much. Some of my favourite parts of the novel were these side-plots — I found the sections where Juliet describes her experiences with colonialism and struggling with racism, sexism and reintegrating herself back into Chinese culture after spending so much time in America very interesting!

The plot dragged a lot in the middle, with Juliet and Roma struggling to solve the mystery. It gets a bit repetitive, with them charging in, finding a clue, then spending ages trying to find the next clue, before repeating. The mystery didn’t seem very difficult to solve — I figured it out pretty quickly — and we’re told Juliet and Roma are smart! This book is almost 450 pages, so it’s not a short read, either.

I also wasn’t sure on the main characters. I loved the backstory and history to Roma and Juliet, but I just couldn’t really connect with them. I usually love bad-ass female main characters like Juliet but she felt a little flat and cliché to me. Same with Roma — I just couldn’t see what the attraction was or why they had feelings for each other. I guess they just felt a little too bland, and I didn’t like that they sounded so modern — I couldn’t believe they were living in the 1920s. However, I did really like Benedikt and Marshall’s friendship (Roma’s best friends) and really enjoyed their banter. I’d definitely like to see more of those two.

Overall this is a great concept, combining 1920s Shanghai with the classic Romeo and Juliet story. But for me, it just didn’t live up to my expectations. While it was an enjoyable enough read, the storyline was a bit too slow for my liking and the fairly simple mystery seemed to drag on forever. I would have liked more character development from Roma in particular. There is lots to like here and it meant I learned more about the history of Shanghai, but sadly it’s not the favourite five-star read that I had hoped for.

The blurb for These Violent Delights

The year is 1926, and Shanghai hums to the tune of debauchery.

A blood feud between two gangs runs the streets red, leaving the city helpless in the grip of chaos. At the heart of it all is eighteen-year-old Juliette Cai, a former flapper who has returned to assume her role as the proud heir of the Scarlet Gang—a network of criminals far above the law. Their only rivals in power are the White Flowers, who have fought the Scarlets for generations. And behind every move is their heir, Roma Montagov, Juliette’s first love…and first betrayal.

But when gangsters on both sides show signs of instability culminating in clawing their own throats out, the people start to whisper. Of a contagion, a madness. Of a monster in the shadows. As the deaths stack up, Juliette and Roma must set their guns—and grudges—aside and work together, for if they can’t stop this mayhem, then there will be no city left for either to rule.

Perfect for fans of The Last Magician and Descendant of the Crane, this heart-stopping debut is an imaginative Romeo and Juliet retelling set in 1920s Shanghai, with rival gangs and a monster in the depths of the Huangpu River.

About the author, Chloe Gong 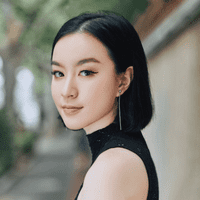 Chloe Gong is the New York Times bestselling author of These Violent Delights and its sequel Our Violent Ends. She is a recent graduate of the University of Pennsylvania, where she double-majored in English and International Relations. Born in Shanghai and raised in Auckland, New Zealand, Chloe is now located in New York pretending to be a real adult.

After devouring the entire YA section of her local library, she started writing her own novels at age 13 to keep herself entertained, and has been highly entertained ever since. Chloe has been known to mysteriously appear by chanting “Romeo and Juliet is one of Shakespeare’s best plays and doesn’t deserve its slander in pop culture” into a mirror three times.

You can find her on Twitter, Instagram, and TikTok under @thechloegong. She is represented by the wonderful Laura Crockett at TriadaUS Literary Agency.

These Violent Delights is available from Amazon on Kindle, paperback and audiobook — or you can purchase from Waterstones, Bookshop.org or your favourite local bookstore. 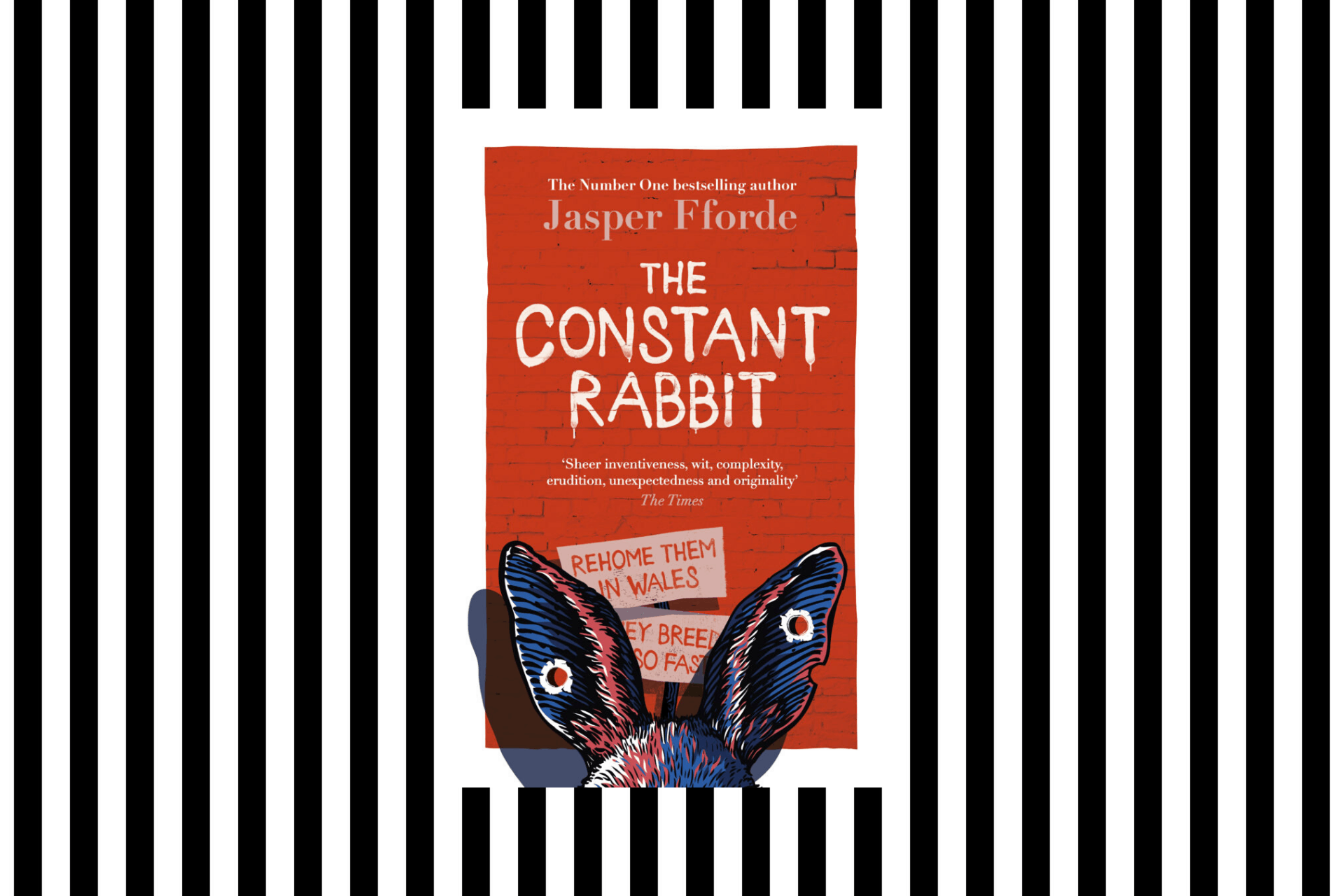 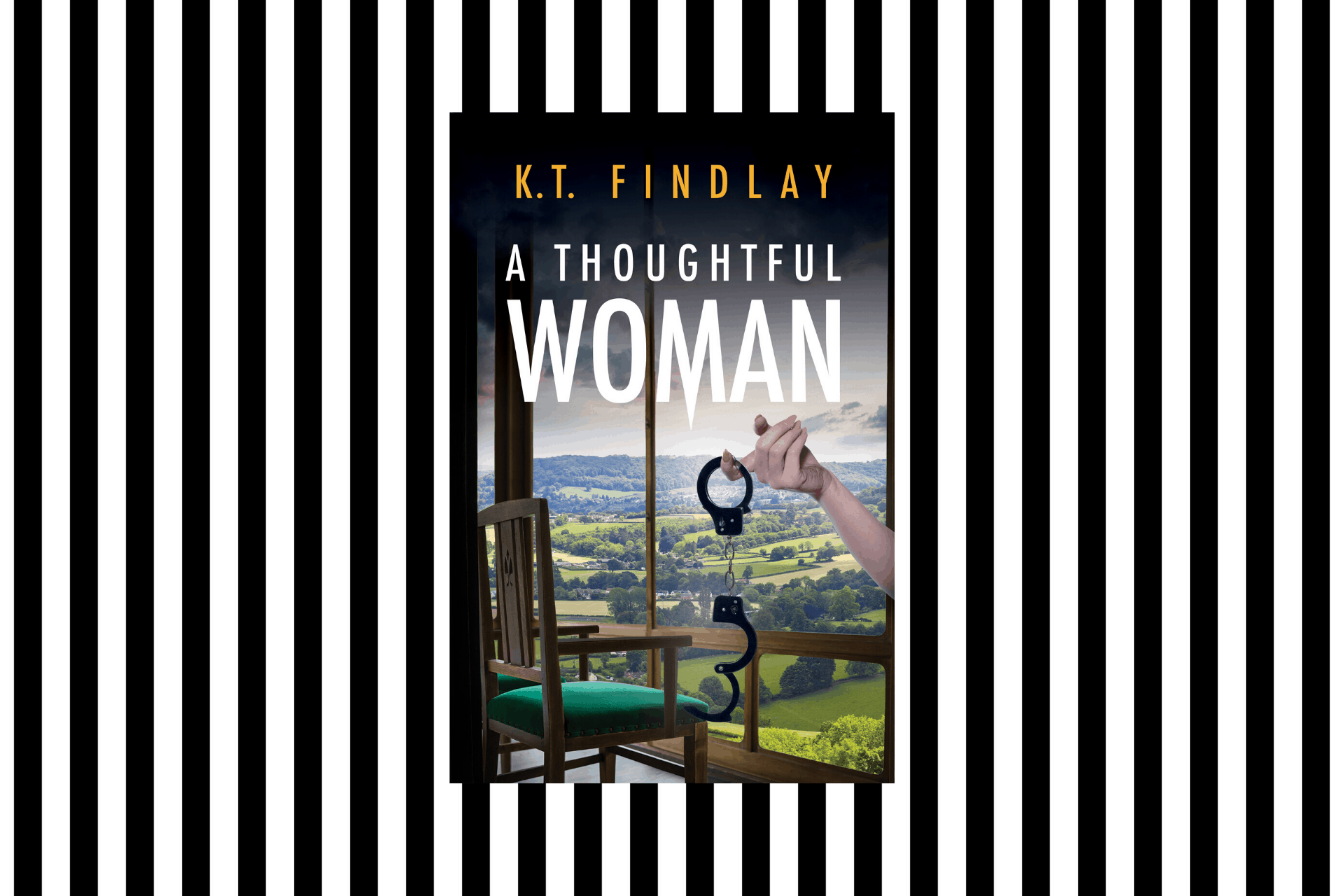 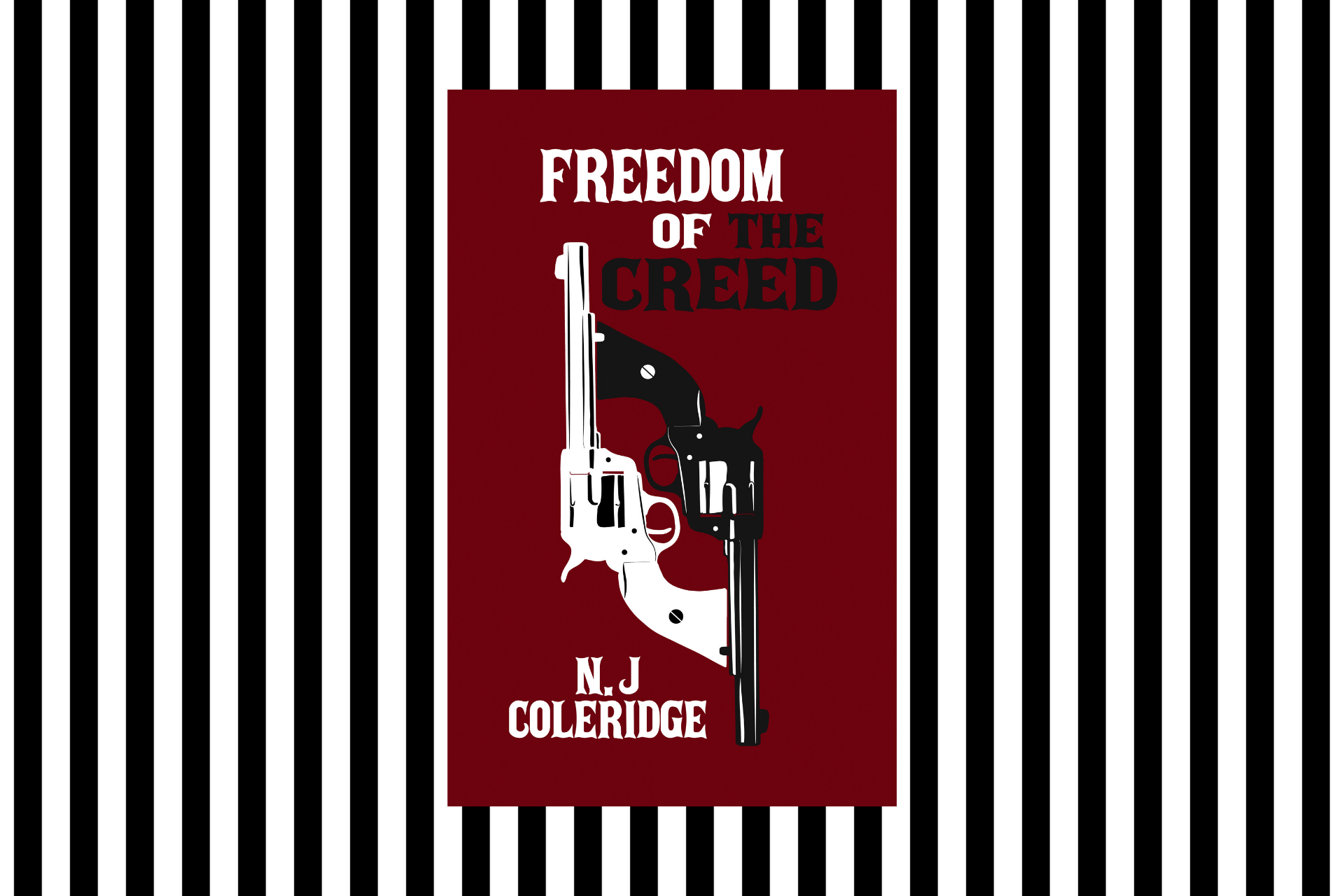 1 thought on “Book Review: These Violent Delights, by Chloe Gong”